On Monday 29th April 2019, Swanlea School launched the second part of the I AM ME mental health awareness campaign. The event was attended by a number of professionals from public health, to artists, the Ideas Store and of course Swanlea’s own school governors and parents/carers.

I AM ME is a campaign created by Swanlea Students to raise awareness surrounding mental health. Swanlea School has developed a creative partnership with The Mile End Community Project (MCP) where students have been given the opportunity to express their views on mental health via the medium of film and other various media outlets. In our previous campaign, we created a film and photo campaign to depict one of the many ways mental health can affect young people.

This year Swanlea School have worked with The Mile End Community Project, The Ideas Store and the Spine Festival to create a brand new photo campaign, where students express their own individuality. MCP and the Ideas Store ran a number of workshops, including a spoken word session, discussions about mental health, art and design sessions and performing spoken word. Students learnt to use the camera to film and take professional pictures.

Students also recorded their spoken word pieces, which were printed on their individual campaign images. The spoken word was recorded performance-style, creating a better understanding of what each students was trying to express. They were available to listen to in special ‘sound booths’ set up by Swanlea School during the event.

I AM ME not only highlights mental health issues amongst young people, but also the wider community.

Swanlea School wish to create a community where it’s not taboo to talk about mental health and where everyone, whether you suffer from mental health or know someone who does, has the opportunity to receive help from the numerous organisations and services available supporting mental health. 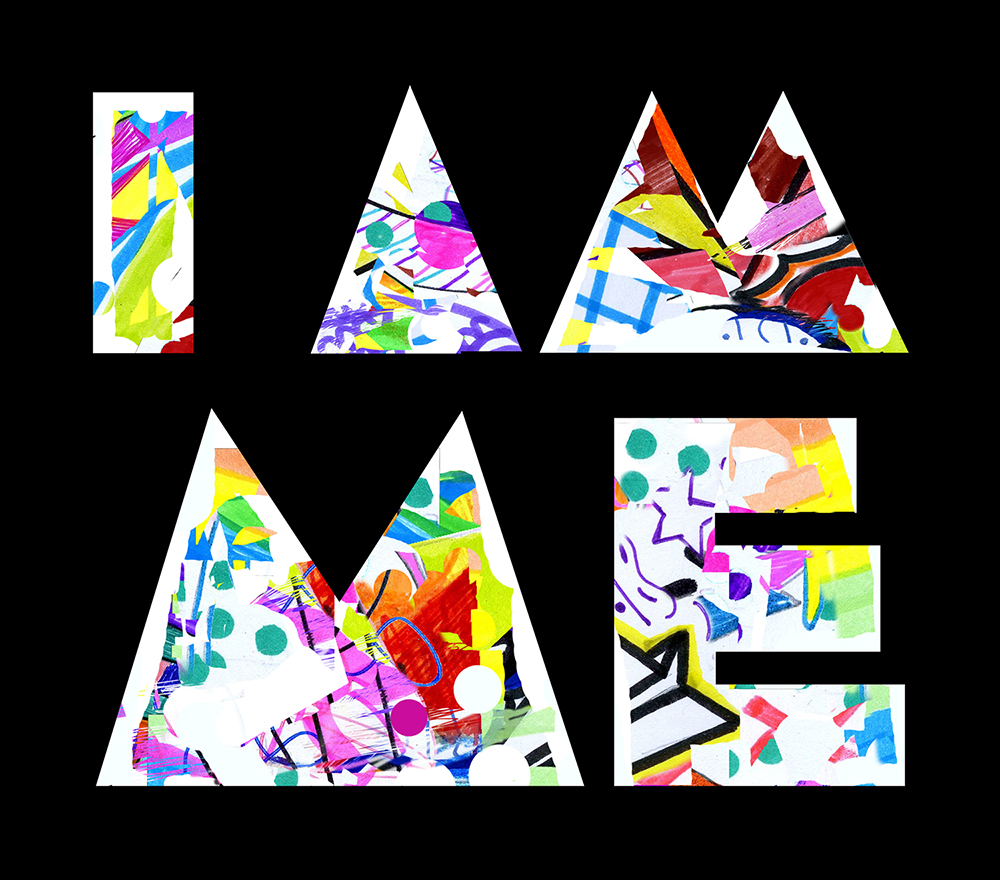 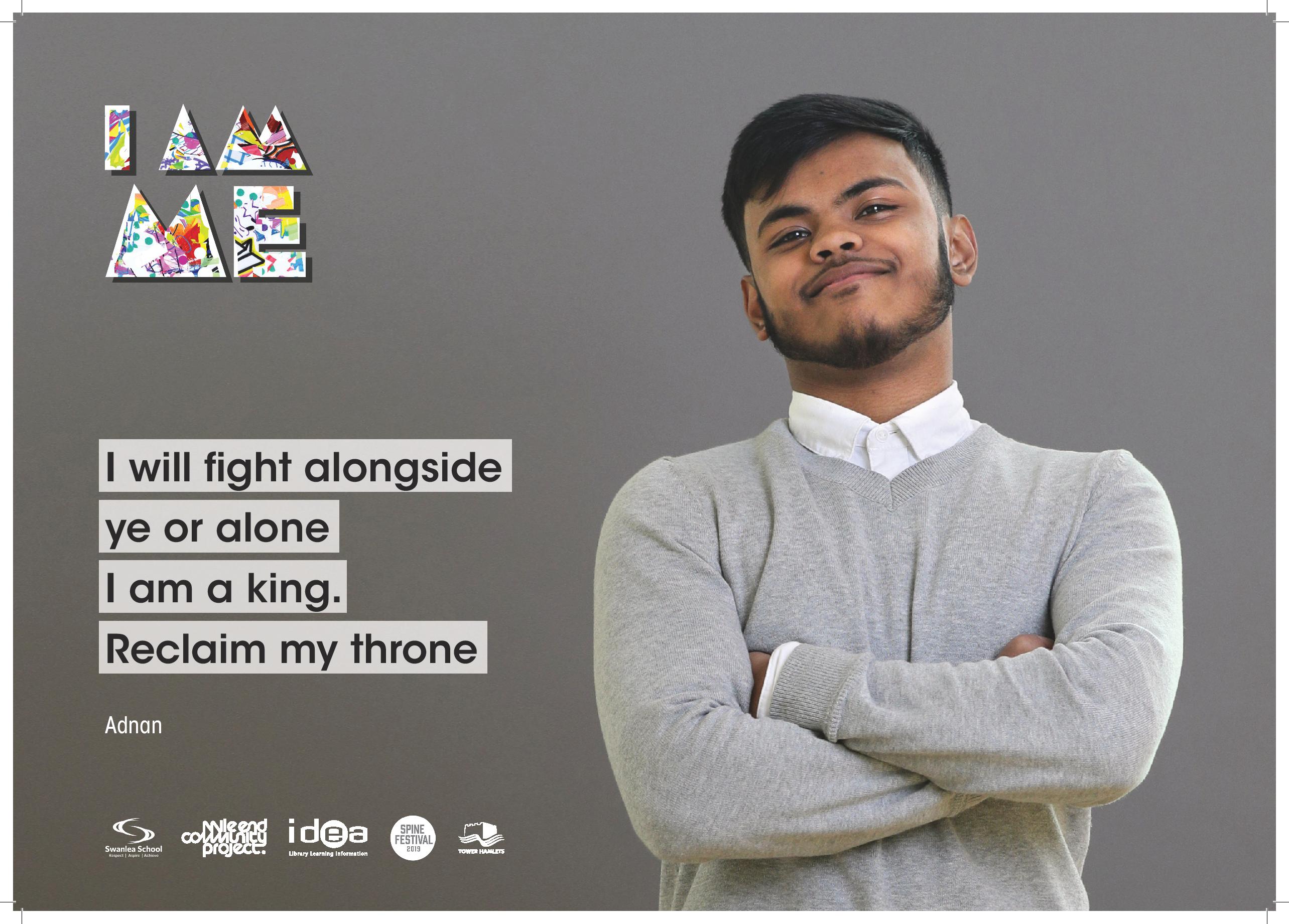 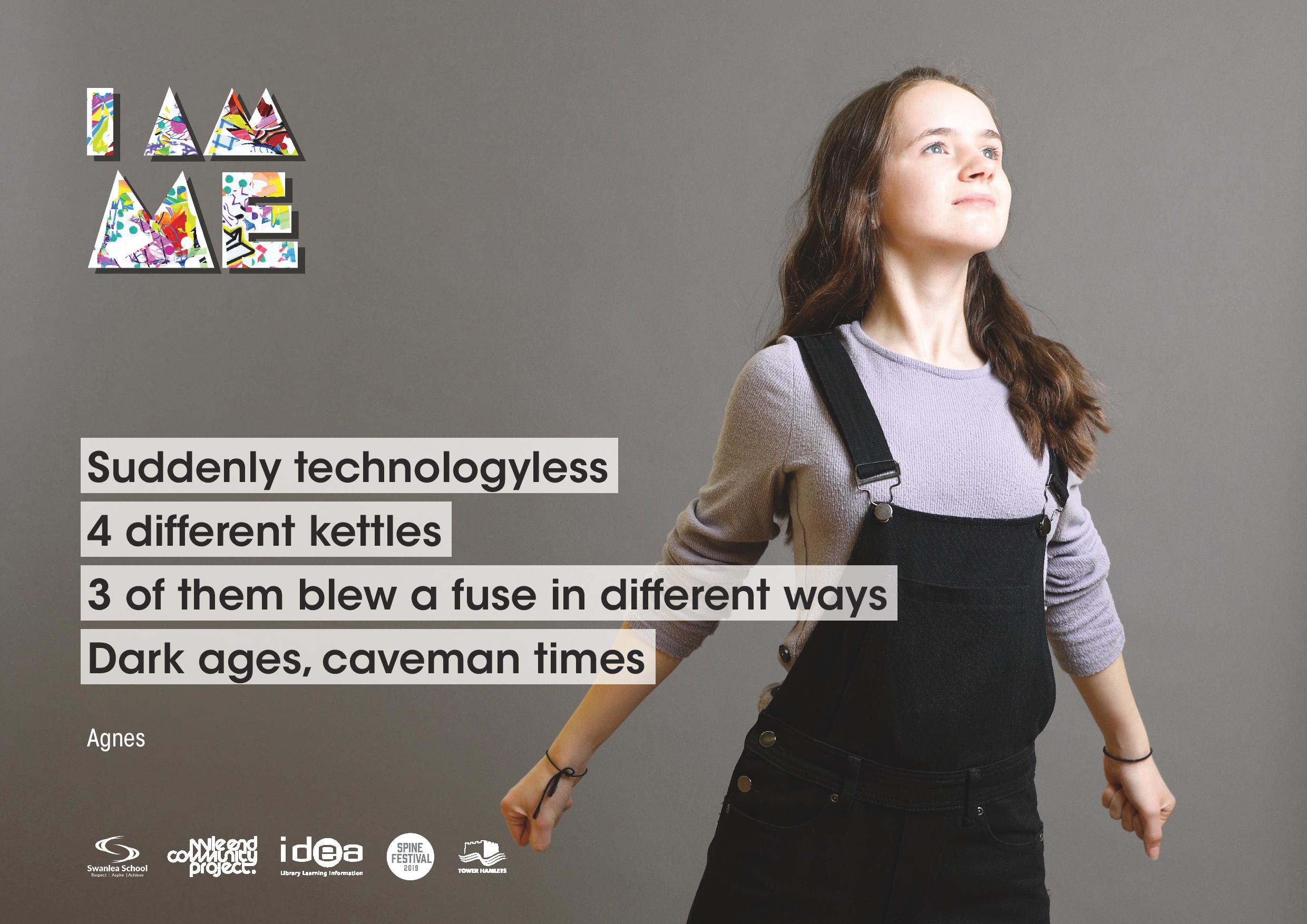 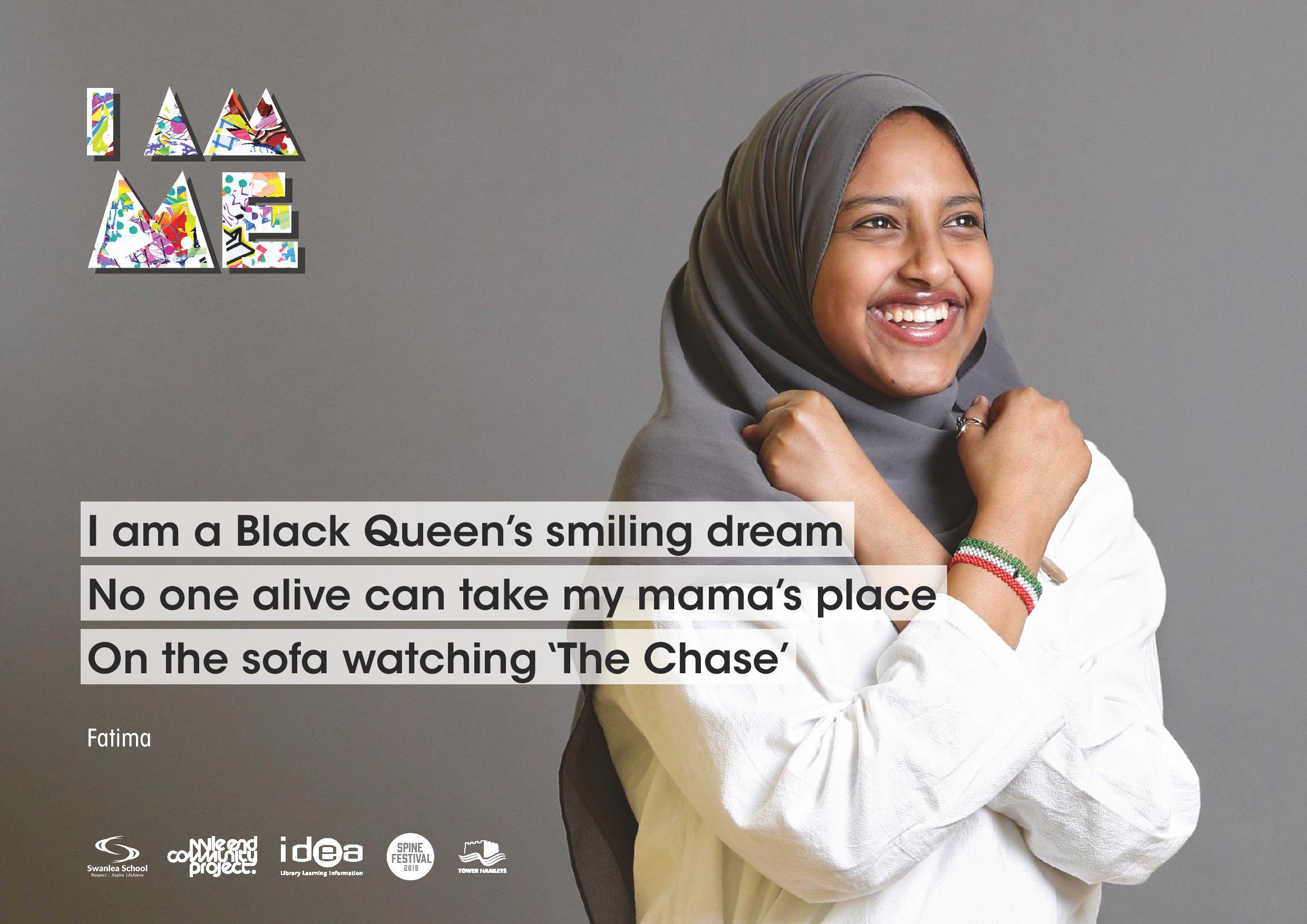 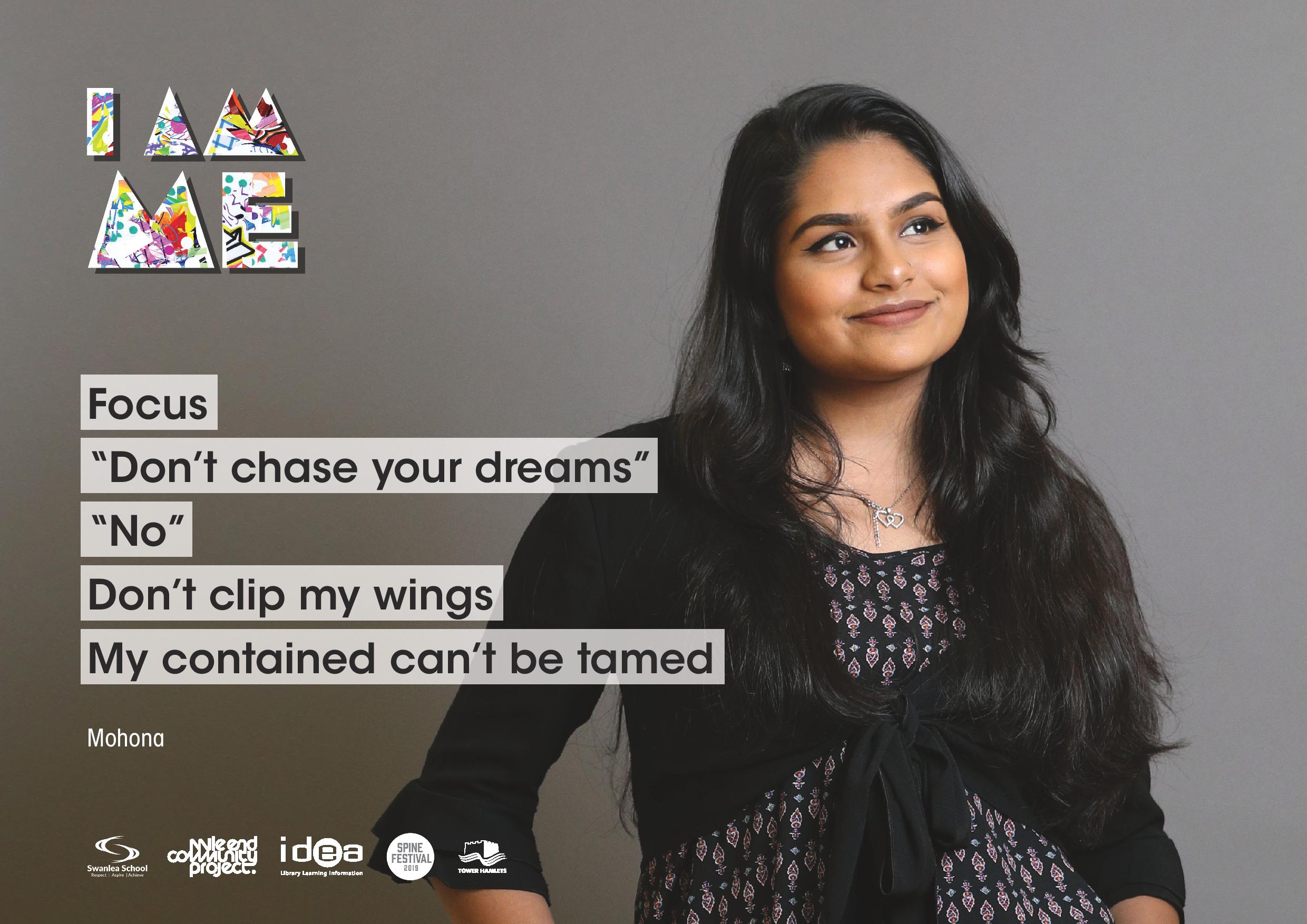 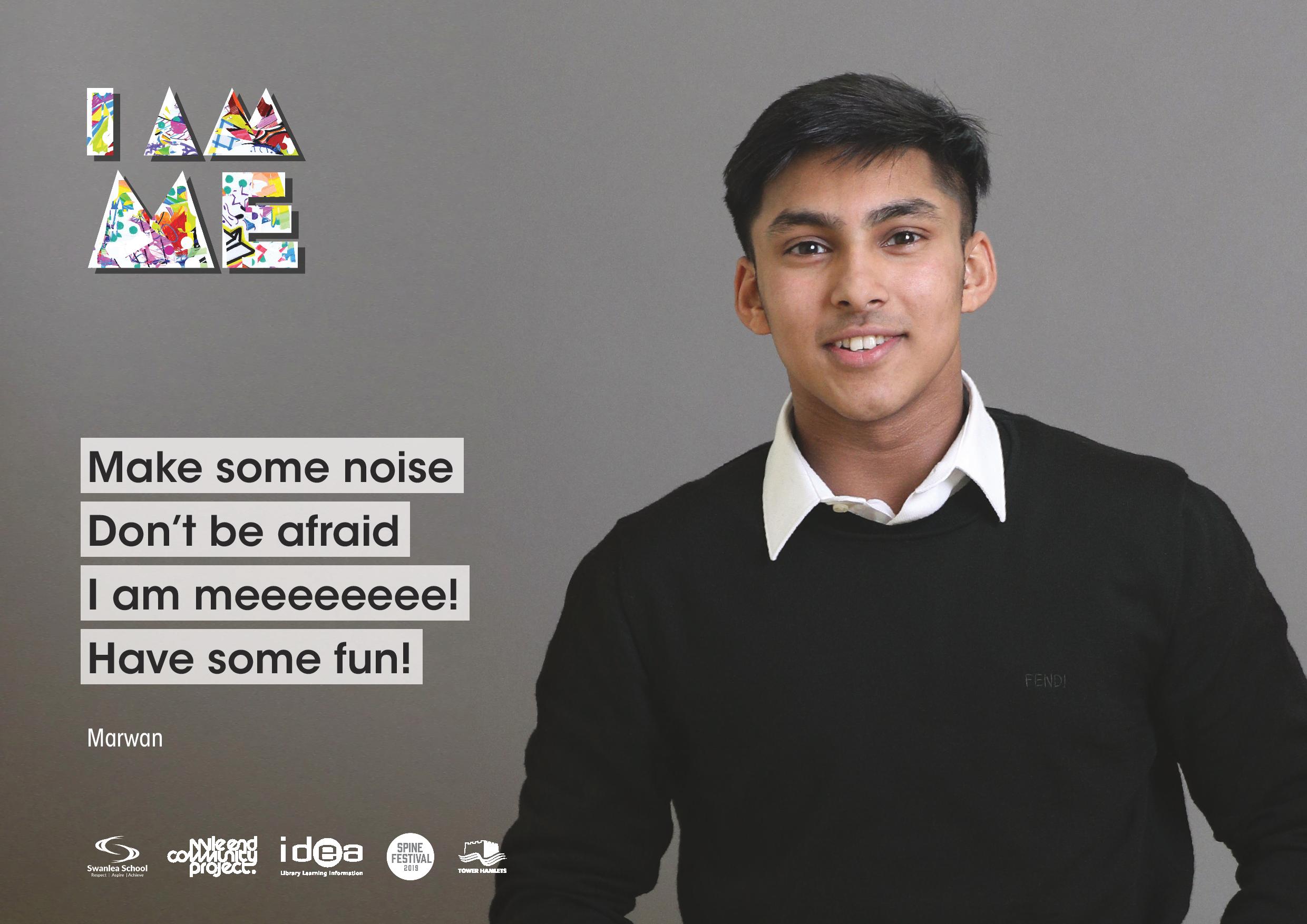 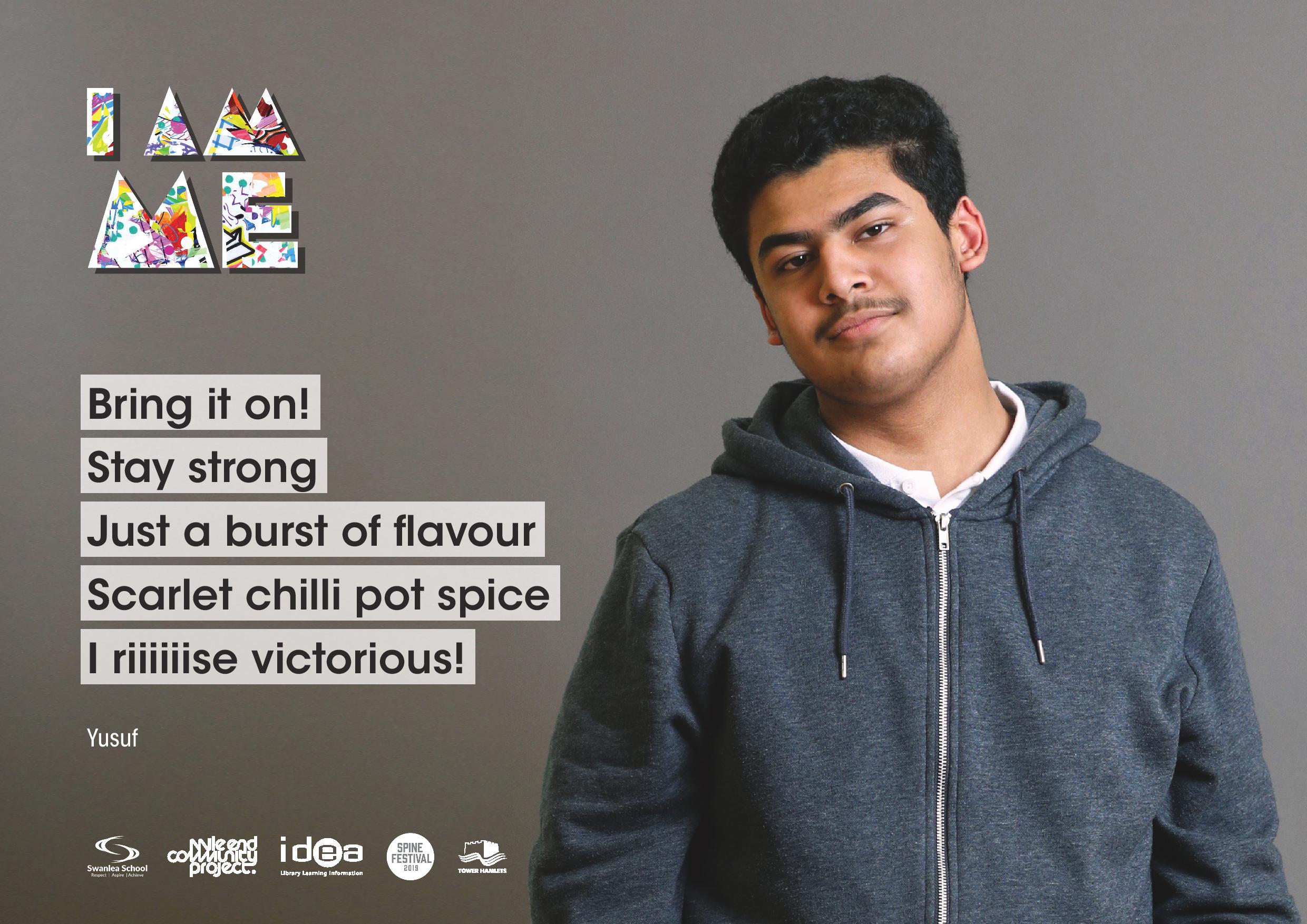