Preparation leading up to Sports Day was filled with excitement by PE staff and students. The Athletic schemes of learning, with daily recordings of jumps, throws and speed fueled the fire in students to prove they are the record holders in their year group.

The day started with the iconic 1954 Routemaster buses escorting 650 students to Mile End Stadium. The atmosphere in the stadium was electric. The colour and noise in the stands was a clear sign of excitement. Sir Steve Redgrave said, “Sport is an outlet which fosters teamwork…”, proven when form classes supported and encouraged one another.

There were outstanding performances on the day, most notably Wafiq Ali (8C), who completed a successful double win with the 100 metres and 200 metre races and added the long jump title to his glittering performance. Daniela Sabarova (9W) triumphed in taking the title in the 100m sprint and high jump.

Arguably the most impressive feats on the day were the blistering pace of Rabbi Uddin (9N) who won the 100 metre sprint in 13.91 seconds and Nuha Wan-Armizi who powered away, winning the 200 Metres in 33.13 seconds. 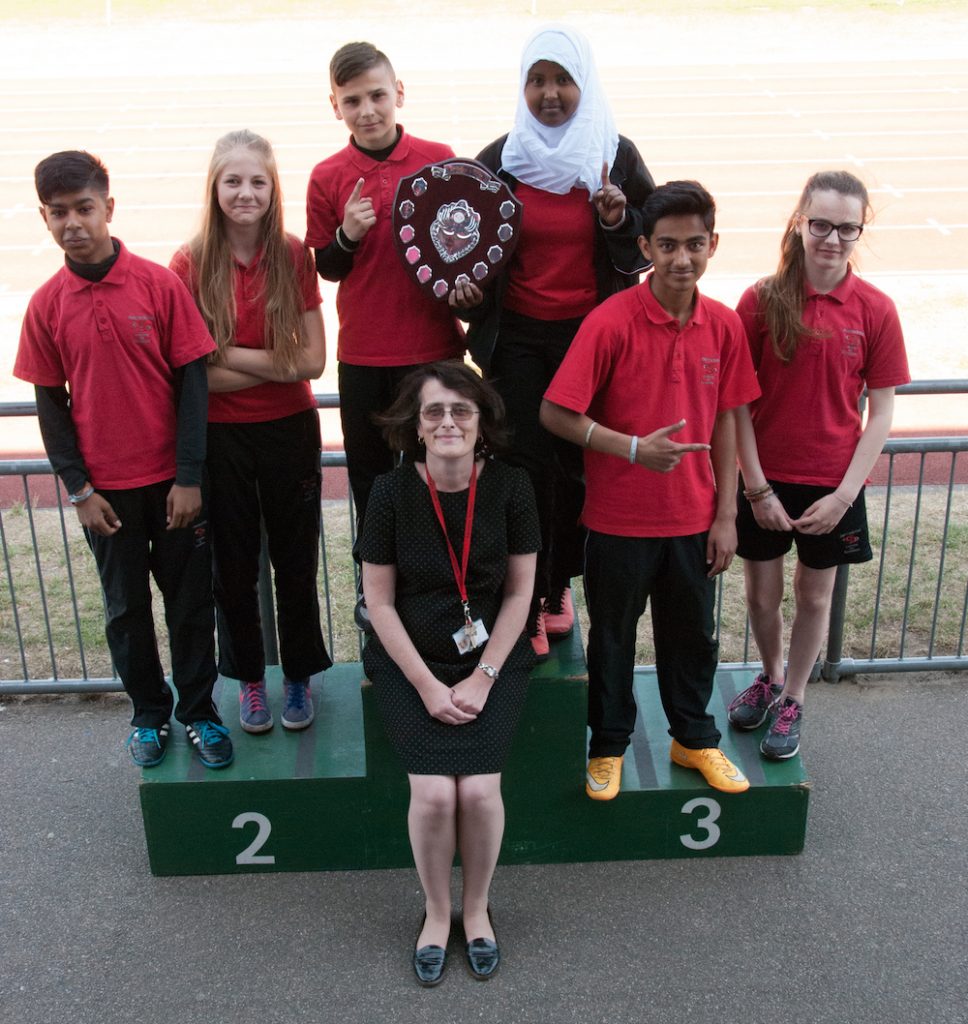