A few weeks ago, the Year 8 football team participated in a 7 a-side tournament against 2 other schools in Tower Hamlets. It was at Victoria Park and was organised by Queen Mary’s University.

In the first match, it was Swanlea vs Stepney Green. Our team struck a goal first with a long-range shot into the bottom corner. However, only a few minutes later, the Stepney winger did a brilliant cross to the striker who then scored. It was 1-1 and Swanlea were determined to win. We made many chances with crosses and passes in the oppositions’ box but unfortunately we couldn’t execute an on-target finish.

In Swanlea’s second match, we were opposing St Michael’s Catholic College. In this match, Swanlea had most possession of the ball the majority of the time and made several chances for a goal. However, St Michael’s goalkeeper did some brilliant saves against Swanlea’s wingers and strikers. Fortunately, near the end of the match, Swanlea’s left-winger dribbled through their midfielders and defenders, passing it into the back of St Michael’s net.

At the end of this tournament, Stepney Green won with 1st place and St Michael’s were 2nd due to goal difference. Swanlea were declared 3rd place!

A BIG WELL DONE FROM MR FUSCHILLO AND THE PE DEPARTMENT!! 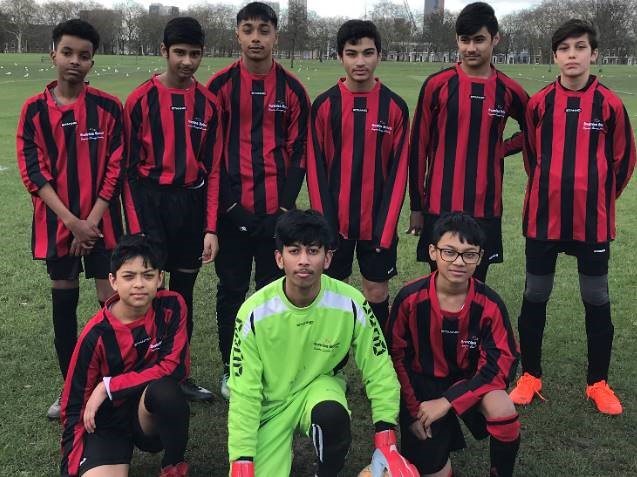 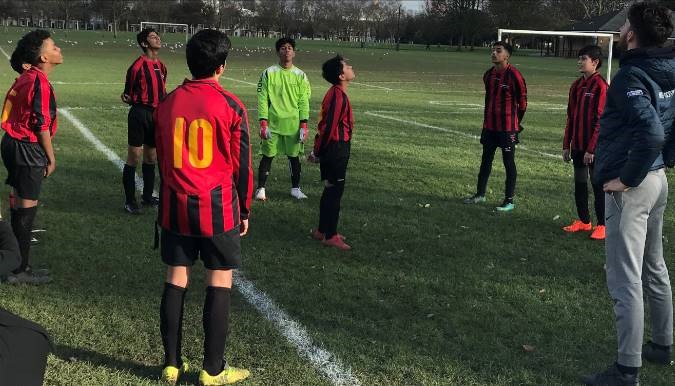 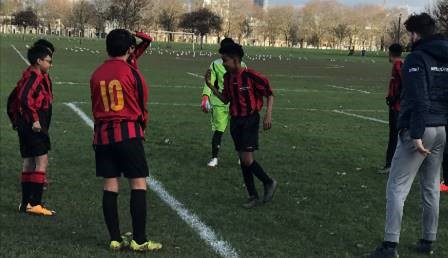 Students from the BTEC Performing Arts classes spent a whole day at the Half Moon Theatre in Limehouse working with industry professionals in varying disciplines including lighting, design, stage management, sound and performance to create a fantastic piece of theatre in just one day! This was based on an exciting extract from a script currently in development at the theatre. Students drew on their creativity and worked alongside professionals gaining knowledge and experience of the work that goes on behind the scenes to create a professional performance.

Tahsin from Year 9 said, “I would definitely consider a career in theatre after this experience, not just because of how fun it was but because I would love to do it as a job and now I can consider other things like lighting and not just acting.” 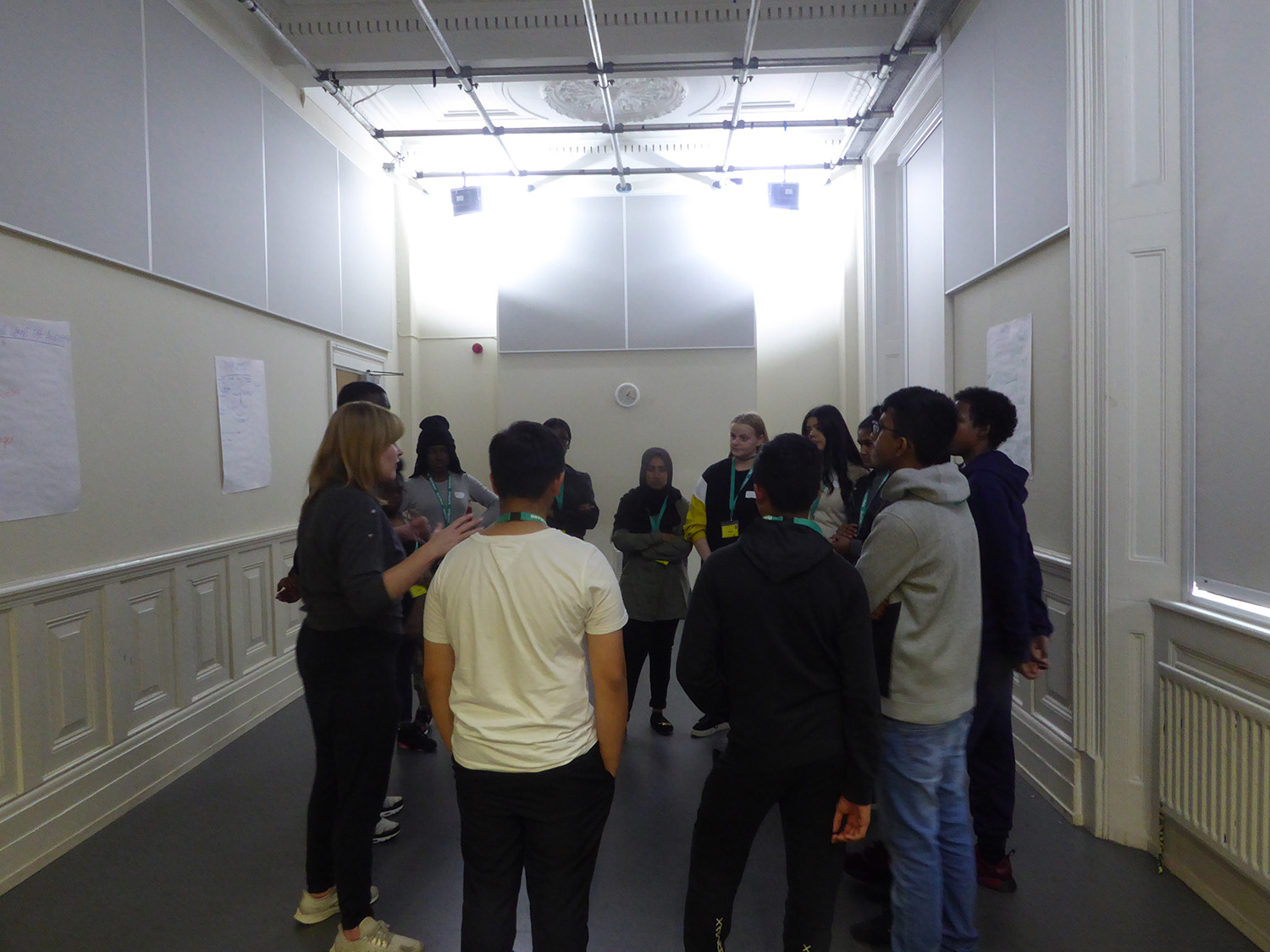 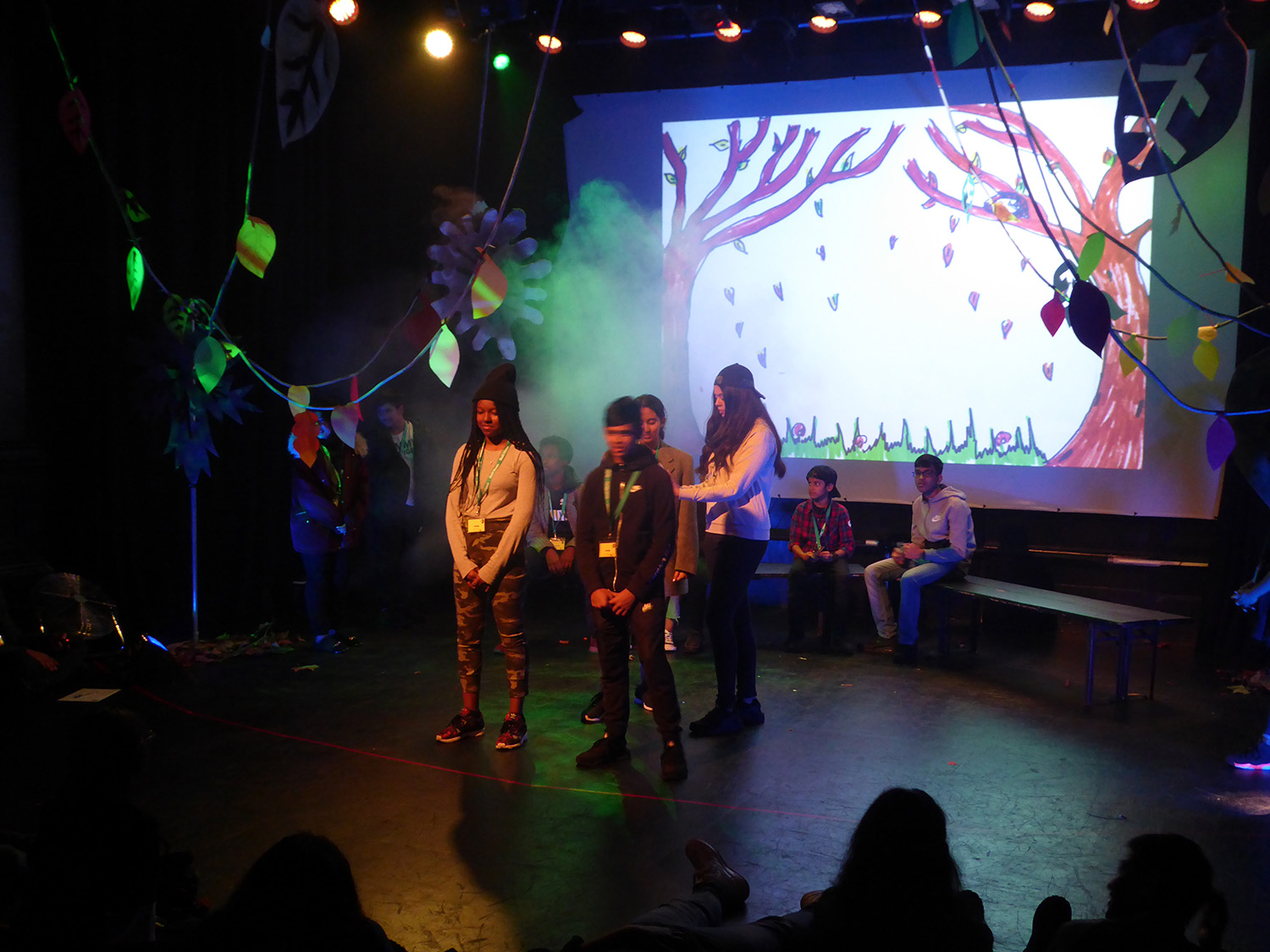 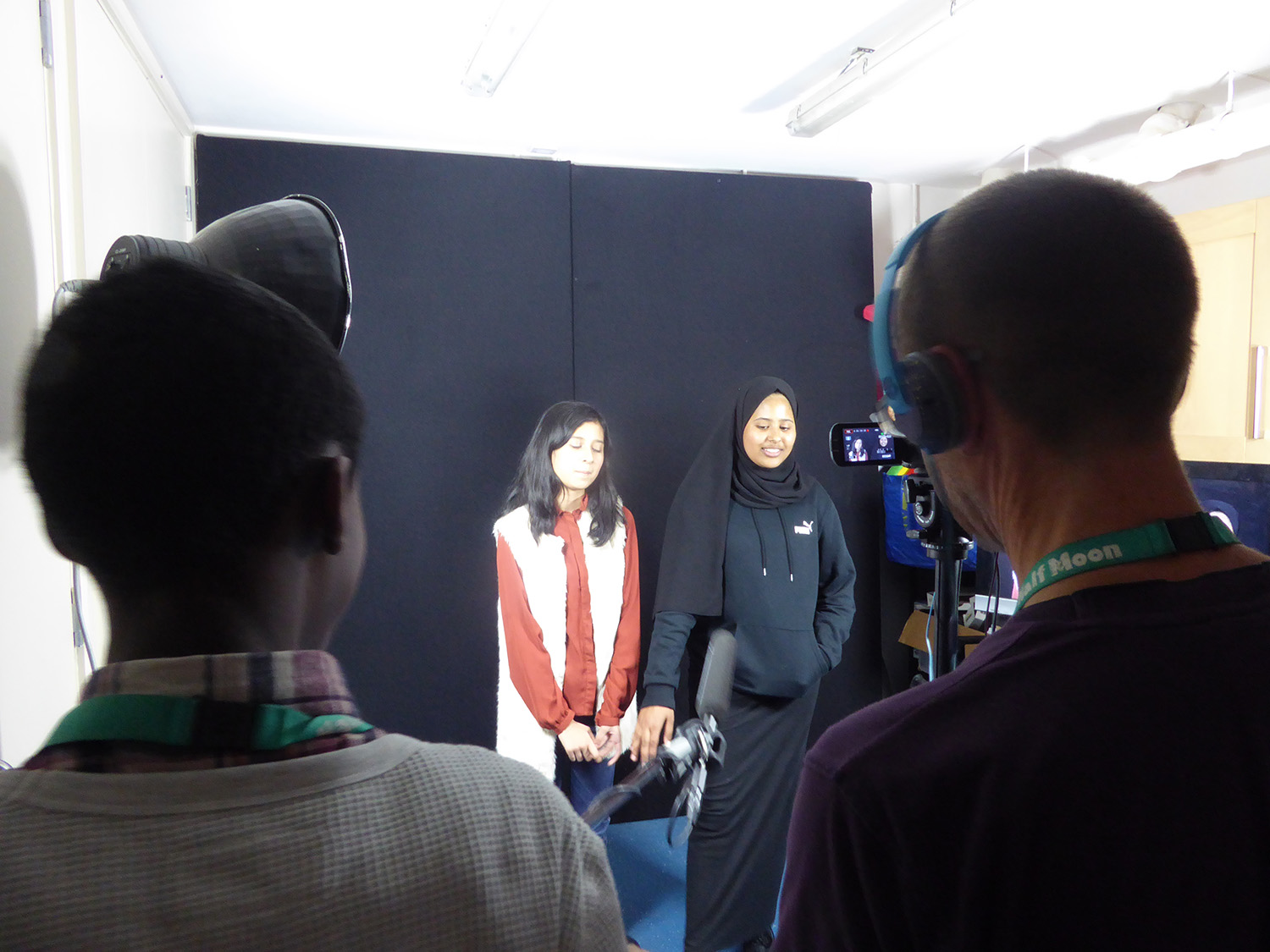 Our Christmas show this year was a collaboration between the Drama and Music and Art departments.

The choir and Drama Club joined forces to perform an adaptation of the The Polar Express by author Chris Van Allsburg. The cast- all from Key Stage 3- stayed behind after school for their rehearsals throughout October and November to perfect their lines and songs.

The performance was performed to an audience of the whole school staff and parents on the afternoon of December 13th. It was a wonderful way to get into the festive spirit!

We would like to thank all of the cast and musicians for their hard work in making this a great production as well as Ms Williams for the fantastic scenery.

Please keep your eyes on the school website in the new year for exciting news regarding our summer performance!

We hope you all have a lovely, restful Christmas 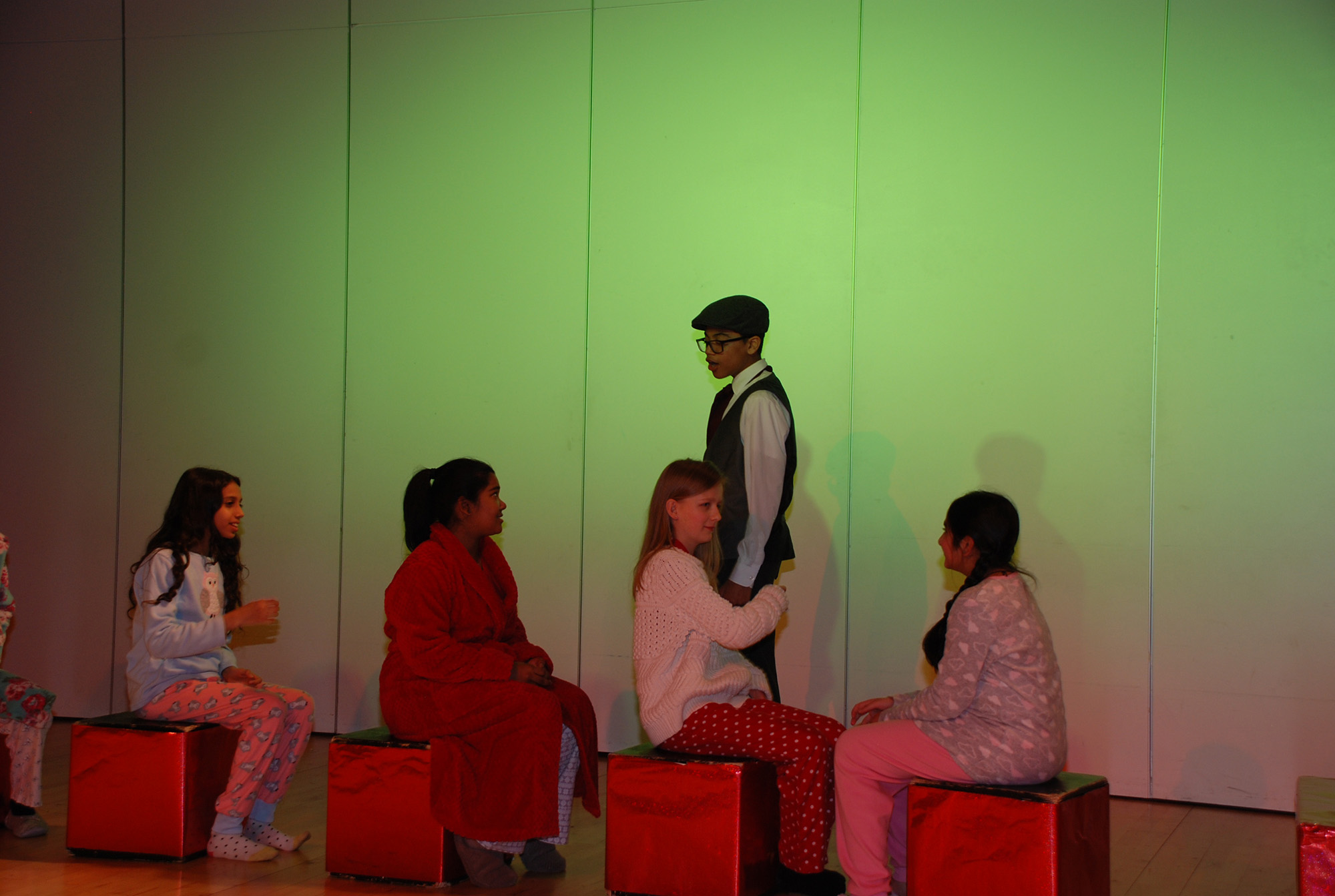 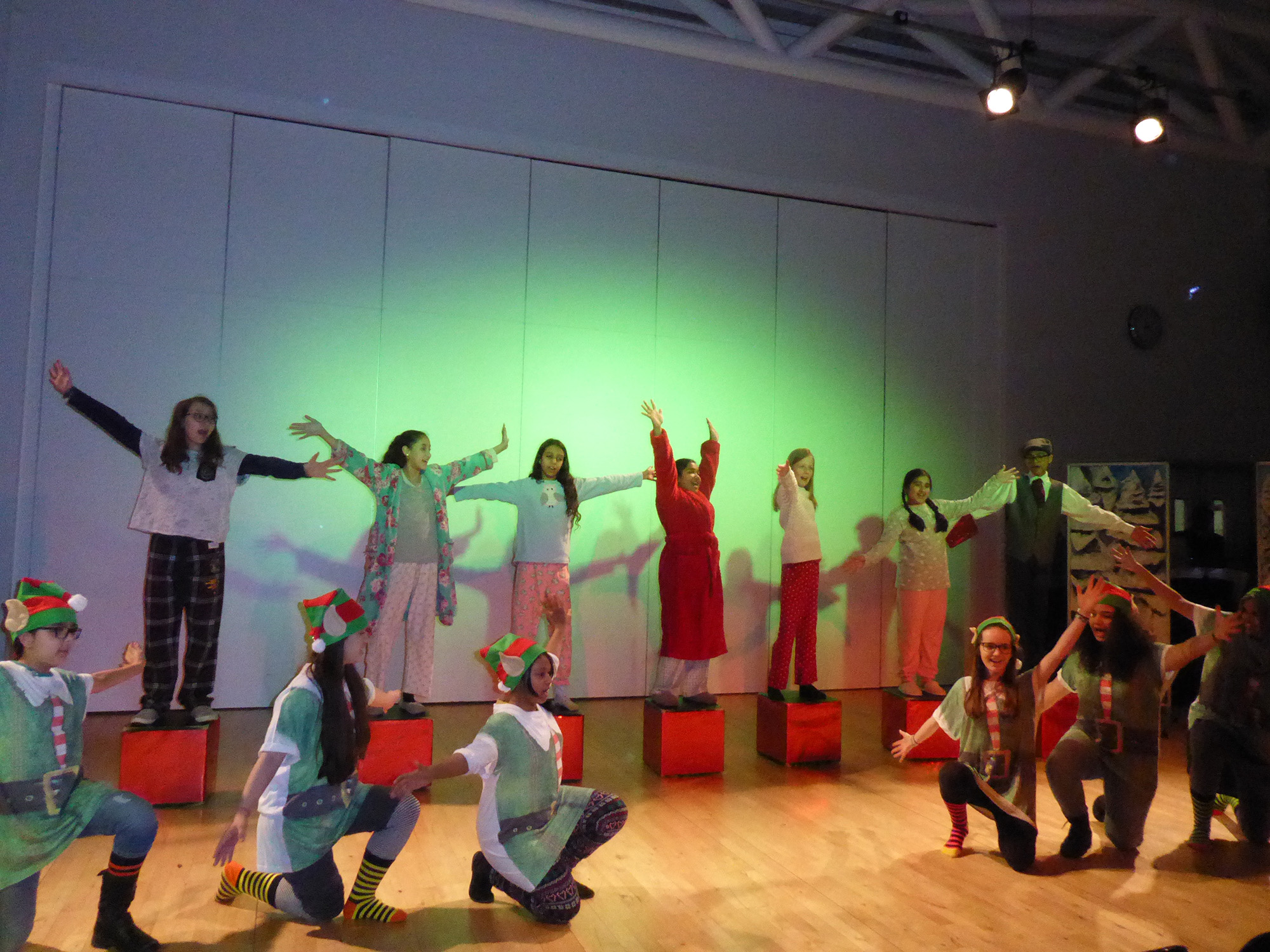 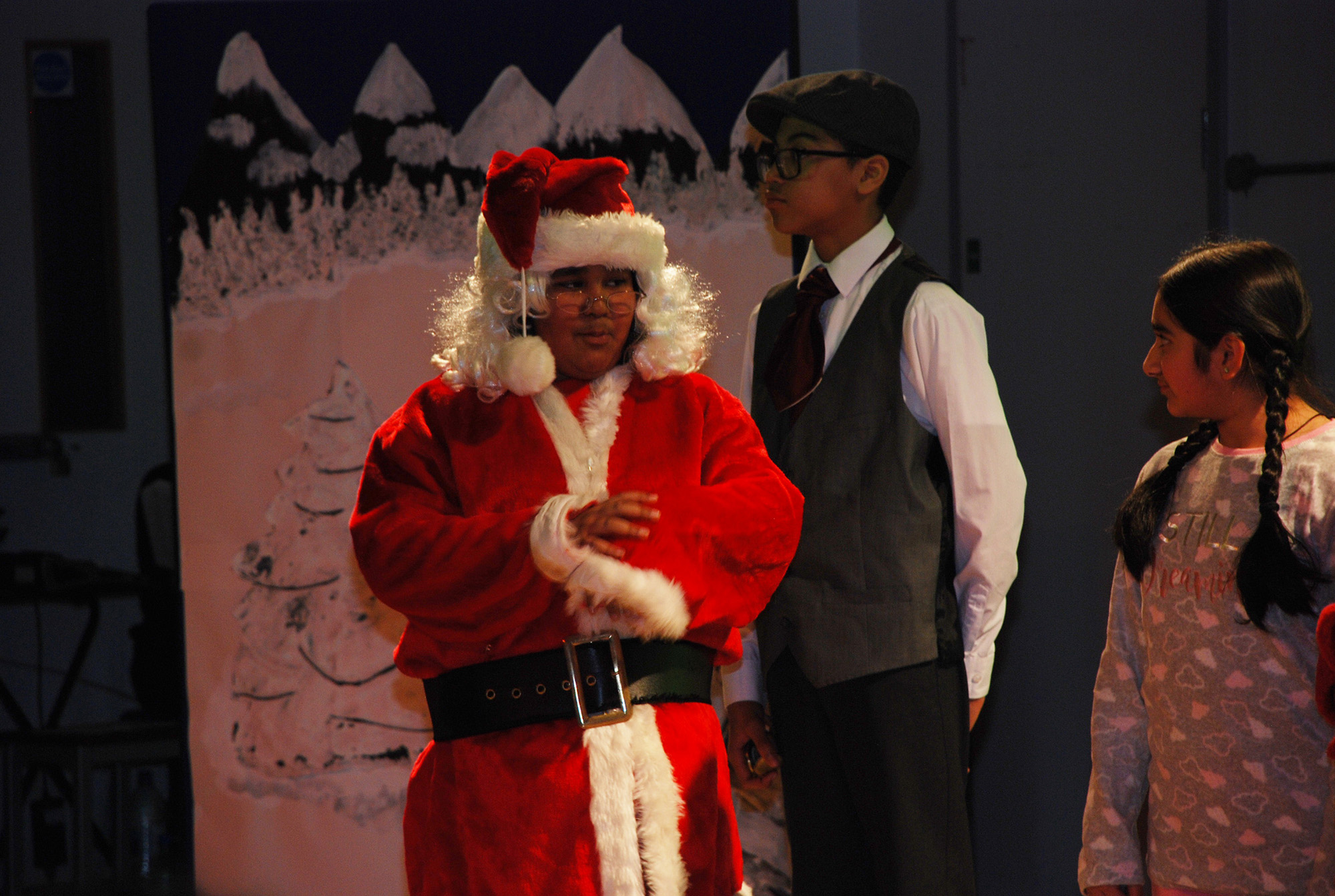 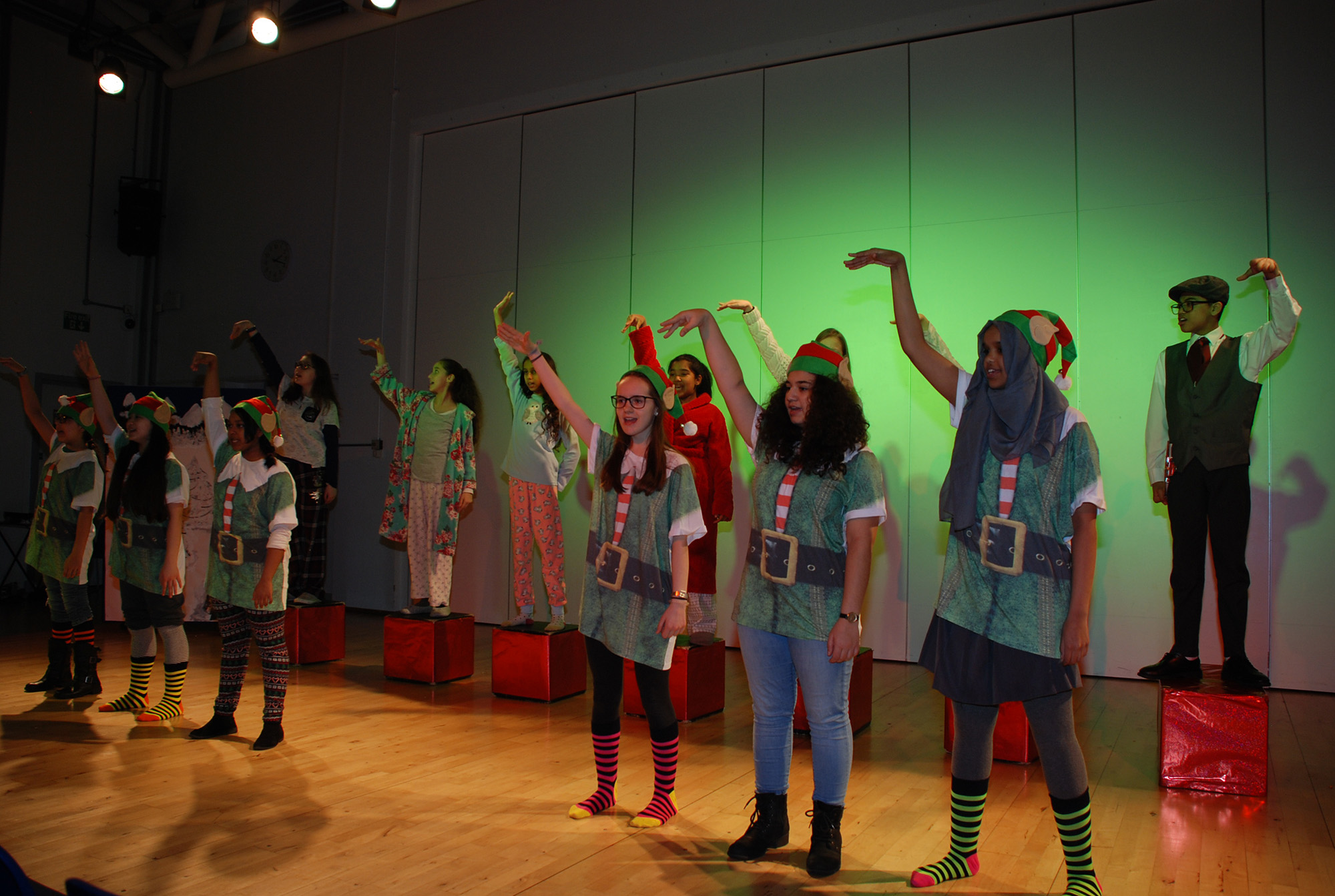 Before the summer holidays the year 9 GCSE drama class embarked on a new and exciting drama project called Re-Fuel. The students worked with professional playwright, Asif Khan, and director, Cheryl Ndione, to develop ideas to create a new play. Over the summer holidays, Asif wrote a play using the pupil’s ideas. The play, The Lady, was set in a minicab office during a Eid party however a mysterious ghost appears asking the party-goers for help. 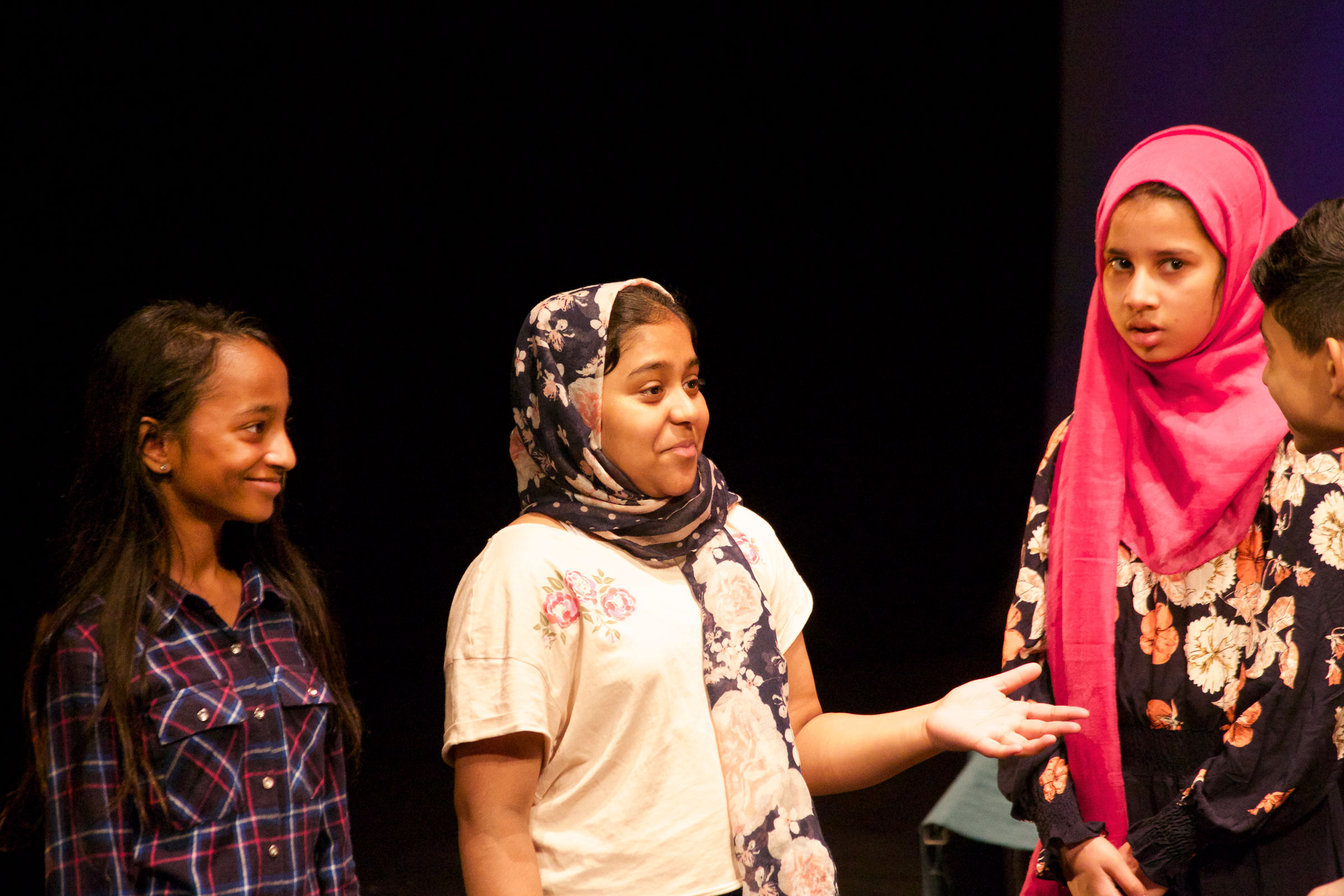 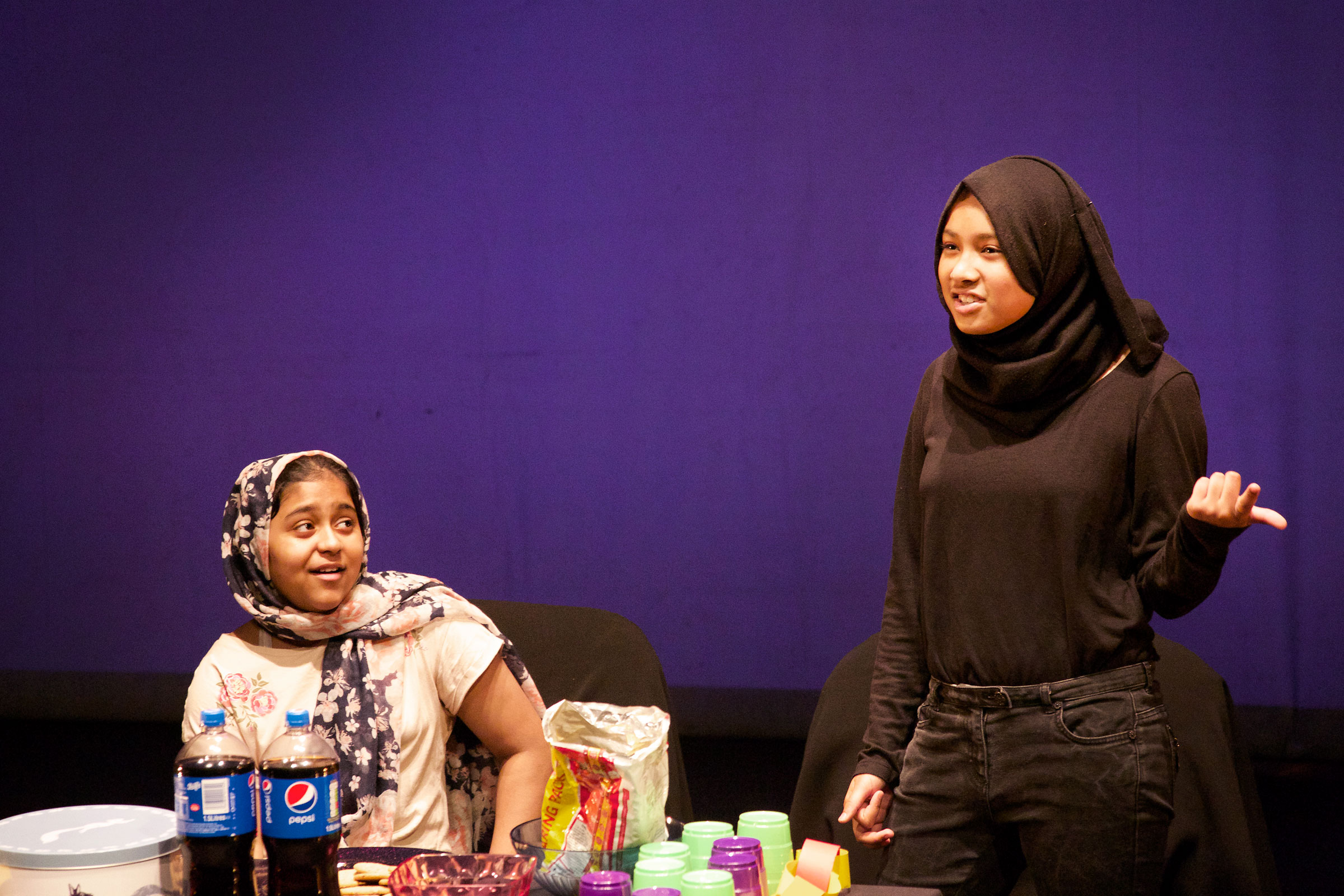 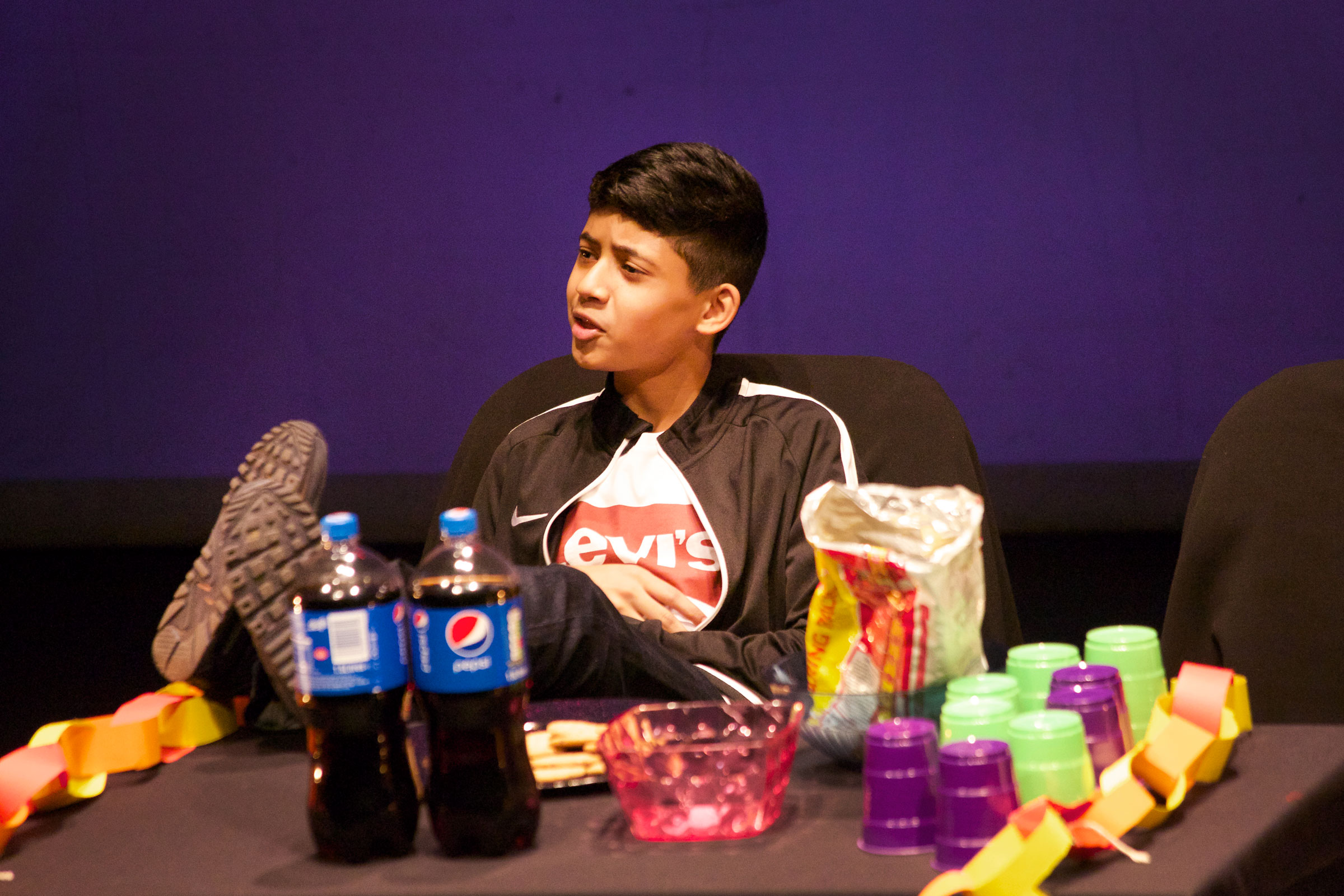 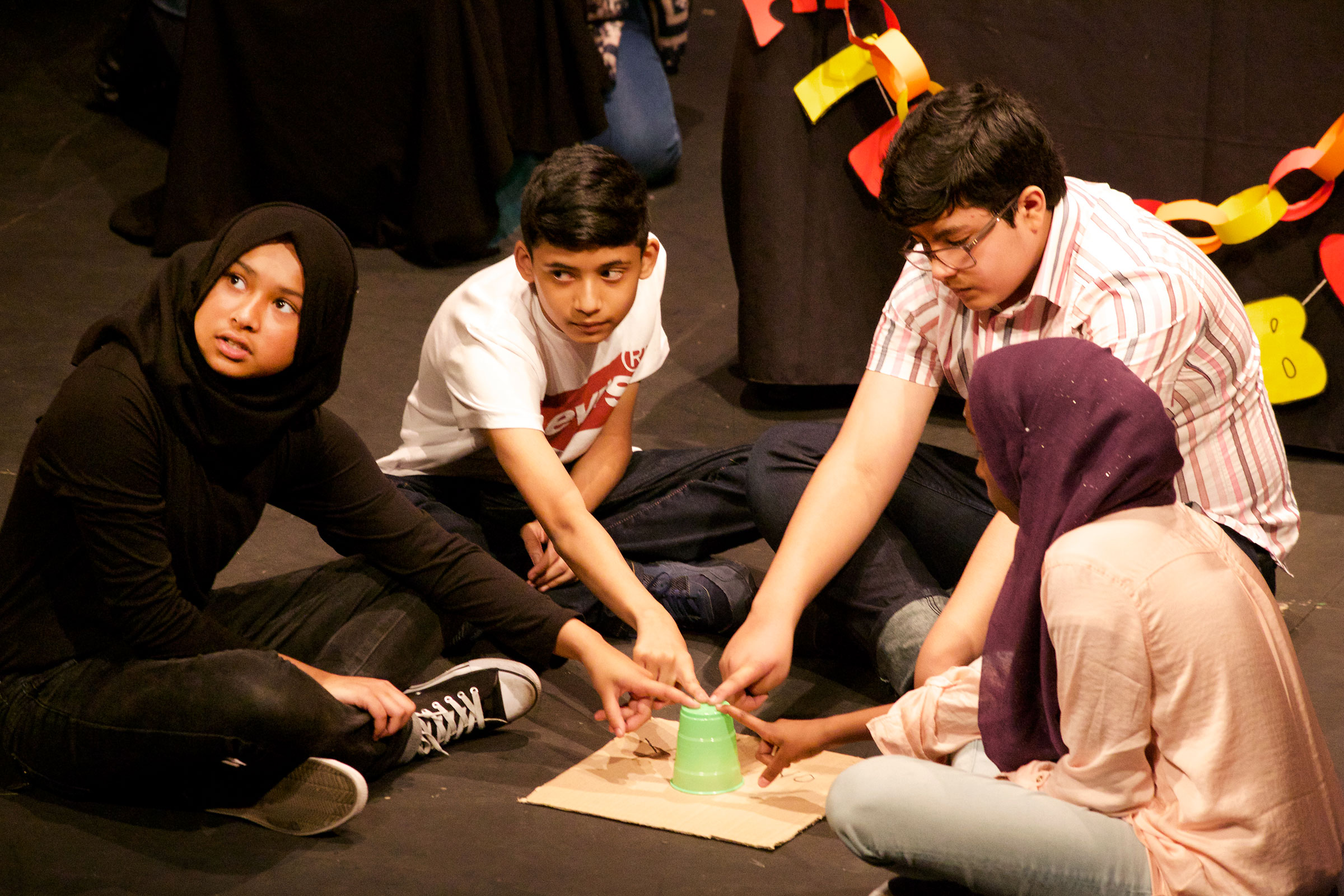 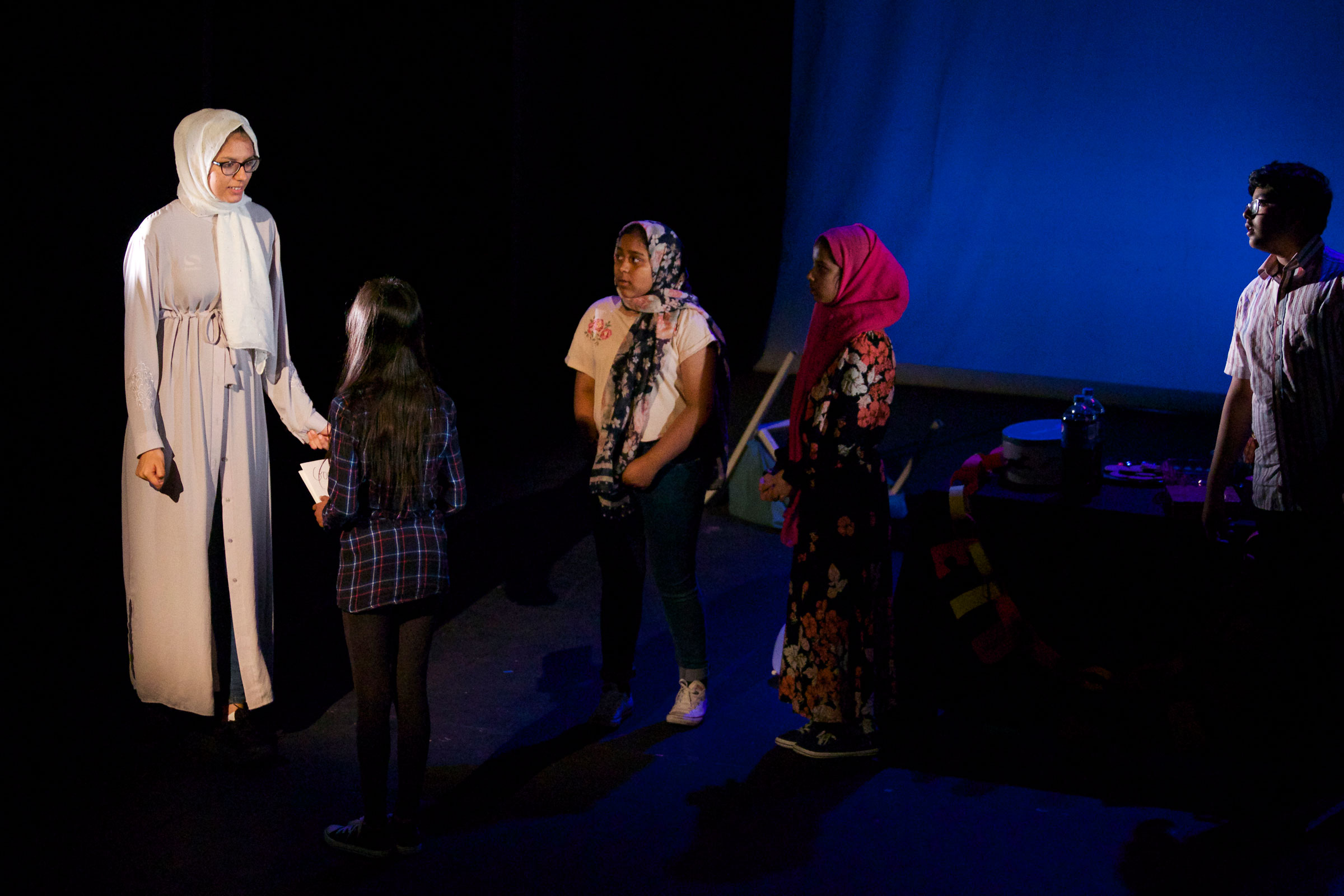 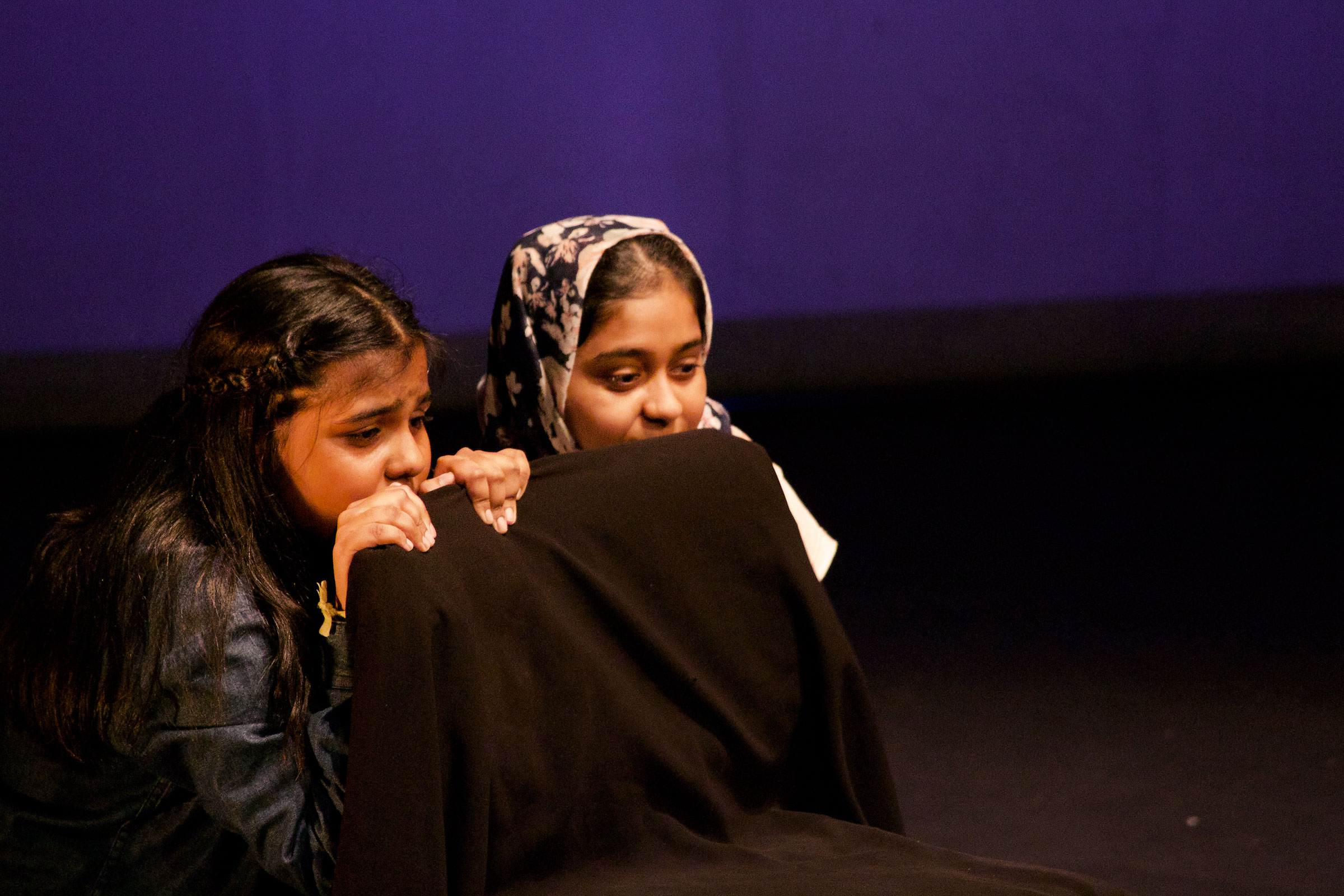